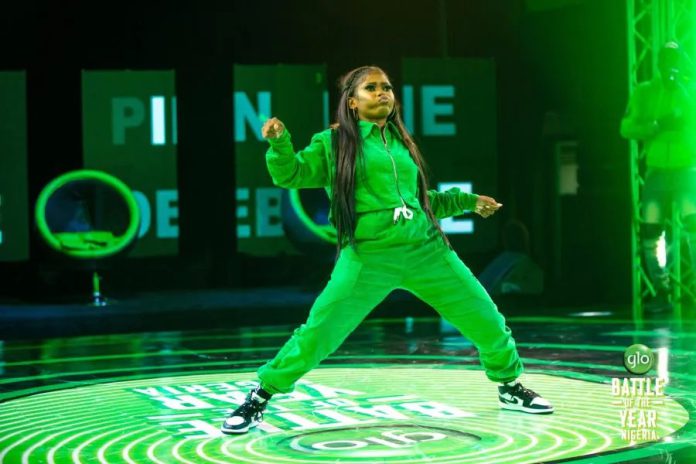 It was another epic Saturday of dance battles as Episode 5 of Nigeria’s biggest dance show, Glo Battle of the Year aired on Glo TV, Globacom’s mobile streaming app.

Viewers were wowed with amazing Afro dance performances as dancers laid it all out for a spot in the national finals in Lagos. The trio of award-winning judges which included the internationally acclaimed Izzy Odigie, record-breaking, Pinkie Debbie, and fan’s favorite and street-friendly, Poco Lee, were tasked with picking the best of the best from these gladiators.

Across the 6 audition venues, energetic Afro dancers took center stage as they didn’t just amaze the judges but thrilled the audience to Afro dance moves as afro-beats sounds blared from speakers. It was thrilling to watch the afro dancers wow with leg works, body movements, and random spins on the dance floor. In case you missed out on this episode that saw semifinalists emerge across the regions, here are a few highlights from this amazing episode of the show.

The Kaduna region showpiece produced mixed emotions for our judges. According to Pinkie Debbie, “some dancers were low in energy while some showed quality”. In all, the judges had to just stick to four dancers who would battle it out in the next episode. We had Afro Dance Vibes – a worker at a Shawarma joint who was hoping to win the prize money and buy the joint – battle it out with Progress who once worked as a cleaner. Progress progressed to the next round and dashed the hopes of Afro Dance Vibes.

Catch the semi-finals of the Afro dance category in the next episode of the competition and hopefully we have more thrills and dope dancing to watch out for. You can catch repeat broadcasts of the show weekly on the following stations; 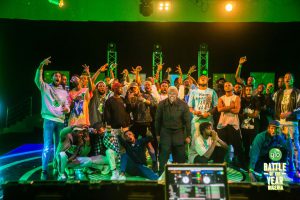