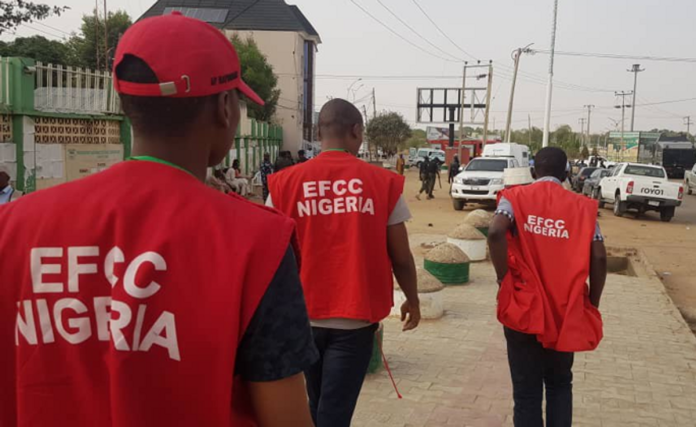 Operatives of the Economic and Financial Crimes Commission have arrested an alleged fraudster, Osondu Igwilo, who had been on the watch list of the Federal Bureau of Investigation since 2018.

Igwilo, 52, was arrested alongside his accomplices at the Sangotedo area of Lagos for alleged fraud, money laundering, and identity theft to the tune of about $100m.

A statement released by the EFCC on its verified Facebook Page on Monday read, “It was the end of road, on Thursday, March 11, 2022, for one Osondu Victor Igwilo, who had been on the watch list of the Federal Bureau of Investigation, FBI, since 2018, when operatives of the EFCC, Lagos Command, swooped on him.

“Fifty-two-year-old Igwilo, who is the alleged leader of a criminal network of “catchers’’ was arrested alongside Okafor Nnamdi Chris, Nwodu Uchenna Emmanuel and John Anazo Achukwu at a studio in the Sangotedo area of Lagos for an alleged fraud, money laundering, and identity theft to the tune of about $100m.”

According to the EFCC, Igwilo and his accomplices had allegedly been involved in an advance-fee scheme that involved false promises of investment funding by individuals who impersonated some bank officials in the United States of America, in person and via the internet.