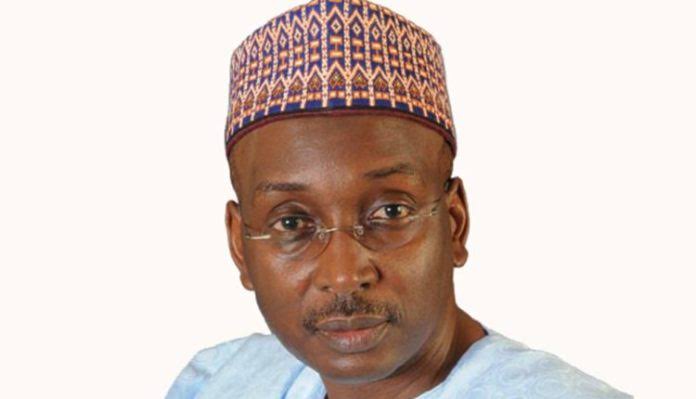 …as NLC debunks ousted PGF DG’s claims
KOGI State Government has tongue-lashed a former Director-General of the Progressive Governors’ Forum, Salihu Moh. Lukman, over his outbursts against the state governor and the Governor Mai Mala Buni APC Caretaker Extraordinary Convention Planning Committee (CECPC).
Lukman had accused the party leadership of extorting aspirants ahead of the March 26 National Convention and also asked that Bello be prevented from getting the presidential ticket of the party. The former PGF DG also alleged that Bello had yet to commence payment of N30,000 minimum wage as announced and that workers were earning 25 per cent of their salaries.
Reacting in a statement issued on Tuesday and signed by the Commissioner for Information and Communications, Kingsley Fanwo, the state government said Lukman’s allegations were baseless, adding that he should not “allow the frustration of his unceremonious and embarrassing exit as the Director-General of PGF take possession of his reasoning to the extent of disparaging party leaders.”
Similarly, the Chairman of the Nigeria Labour Congress in Kogi State, Comrade Onu Edoka, has confirmed that the state government has embarked on the payment of N30,000 minimum wage to workers in the state, saying the Governor Yahaya Bello administration has not been owing salaries or paying 25 per cent of salaries, contrary to Lukman and other naysayers’ claims.
Edoka, in an interview with the media on Tuesday, said the minimum wage was only approved for the state’s civil servants on level 1 to 6, adding that “it is not true that workers earn 25 per cent of their salaries.”
Fanwo, in his statement, said, “The attention of the Kogi State Government has been drawn to the disparaging statements credited to a former employee of the Progressive Governors’ Forum (PGF), Salihu Moh. Lukman concerning the popular presidential ambition of Governor Yahaya Bello.
“It is unfortunate that Lukman could allow the frustration of his unceremonious and embarrassing exit as the Director-General of PGF take possession of his reasoning to the extent of accusing His Excellency, Mai Mala Buni’s APC Caretaker Extraordinary Convention Planning Committee (CECPC) of extorting aspirants ahead of the March 26 National Convention.
“It’s more saddening that Lukman decided to expose his main fear when he unwittingly revealed that the candidate to beat in the 2023 APC primary was my principal, His Excellency, Alhaji Yahaya Bello. To the amateur politician, the unfounded allegations against the administration of Governor Yahaya Bello should sway the minds of Nigerians or party leaders.
“But asking the party to prevent Yahaya Bello, a leading presidential hopeful, from getting the party’s ticket, already stamps the fact that all eyes are on him to take the party to victory in the 2023 General elections, which everyone knows will be keenly contested.
“For the records, Lukman’s anti-party escapades while at the secretariat of the Progressive Governors’ Forum did not only cost him his job, but also cast more ridicule on his already battered image.
“We are, therefore, not surprised at his recent disgraceful outburst against key party leaders. He has proved himself to be a mole in APC with a mission to undermine it and ultimately hand advantage to the Peoples Democratic Party (PDP) in 2023.
“We, however, want to assure him that no one has the monopoly of caustic statements. Governor Yahaya Bello has only refrained from dignifying detractors with response, venom for venom, because of his sound upbringing. But if Lukman should allow frustration to take a total grip of his senses, then, he should be ready to face the consequences of his actions as we will not leave any stone unturned to seek redress legally. We will not watch him continue to rubbish the image of our dear party in the manner he has been doing.
“For the avoidance of doubt, Governor Yahaya Bello remains a key figure holding the party together and he has the support and endorsement of overwhelming majority of party faithful to succeed President Muhammadu Buhari. Lukman should wake up to the fact that his campaign of calumny will not wane the love APC and Nigerians have for Governor Bello.
“We find it needful to inform the public that the historic and audacious staff verification exercise undertaken by the Yahaya Bello Administration at inception did not only paint the payroll in the colours of integrity and transparency, but also ensured efficiency in the service.
“Many unintended beneficiaries were removed and the State immediately ensured that 100% salaries were paid to the civil servants.
“It is instructive to note that the staff verification exercise was carried out with the full cooperation and deep involvement of labour unions who have always cooperated with the state government in its bid to reposition and strengthen the service.
“Nigerians are adequately informed of the meagre allocation shared during the last FAAC meeting. Many states have yet to pay their February salary.
“Internally generated revenue wasn’t at the standard our administration had set as a result of economic downturn, owing to the energy crisis that hit the nation in February.
But as an administration that is committed to the welfare of the civil servants, the Kogi State Government sat with labour leaders and agreed to pay 75%.
“It has since been paid with the full implementation of the minimum wage. This is against the lies peddled by Lukman that Kogi workers received 25 percentage of their old salaries.
“Only civil servants on grade level 7 and above received 75%. Civil servants on Grade Level 1 to 6 received 100% salary with the 30,000 minimum wage. The Governor and all political office holders also received 75% in solidarity with our workforce. To us, this is responsible and responsive leadership.”
“We want to reiterate the commitment of the administration of Governor Yahaya Bello’s administration towards the welfare of the workforce and that no amount of lies sponsored by Lukman will prevent Governor Bello from answering the popular call by the Nigerian masses to serve the nation in the presidential capacity,” he added.