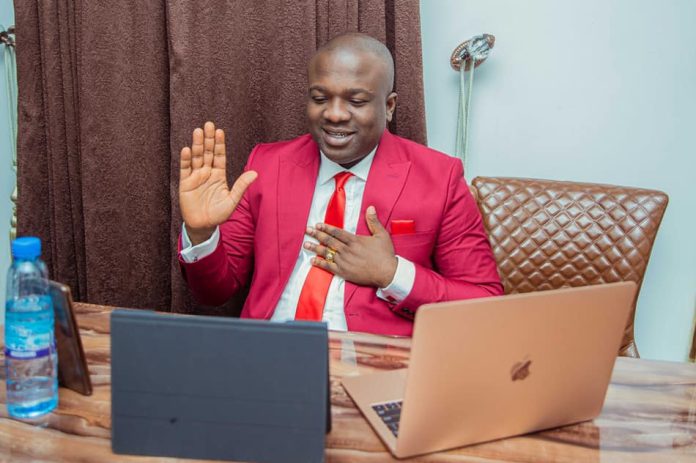 Thousands of Nigerians who invested in Chinmark Group, a suspicious investment company, are currently counting their losses as the company’s founder, Marksman Ijiomah, has defaulted in repaying invested funds.

The investors, many of whom were said to have committed millions of naira, are currently launching a wave of tirade against Ijiomah, and those who helped to promote his company on social media platforms, including social media influencer and brand ambassador for the company, Amanda Chisom, as well as another social media promoter of Chinmark, Harrison Gwamnishu.

The angry investors lamented losing their hard-earned money to Chinmark while alleging that the group was fraudulent.

The investors were promised mouthwatering return on investment to commit their funds running into billions of naira in Chinmark said to be into real estate, logistics, hospitality, and food businesses.

In a statement on his verified Facebook page, Chinmark CEO (Ijiomah) confirmed that his group received funds from “4,966 partners”, noting that “500 partners” have been paid so far but he had yet to publish the names of those that had received payment.

Though he did not reveal the total amount received from all the investors, a receipt of a refund to an investor he posted on Facebook read N1.3m.

The Enugu-based businessman also pleaded with the remaining 4,466 investors to remain calm, saying that the operational bank accounts of his company were frozen by the Securities and Exchange Commission.

He also noted that Chinmark has received “lots of petitions from government agencies by aggrieved partners.”

Ijiomah wrote, “From the proceeds of our business (Hospitality, Transportation, Food and Logistics) despite our operational bank accounts being frozen by Securities & Exchange Commission (SEC) on December 21, 2021 till date, we resumed payment to our partners on March 16, 2022; so far, out of 4966 partners, we have been able to pay 500 partners following an arithmetic order from our backlogs.

“In a bid to show transparency in our dealings as always, full names of paid partners ought to have been published today but several calls/messages/emails from our distinguished partners have further restricted us from doing this.

“Let me reassure you that your money is safe with us and we remain committed to repaying all partners soonest, update on partnership repayment will be provided always and your managers will call to follow up; until then, I would humbly request you to kindly bear with us.”

In a December 25, 2021 press statement on its official website, SEC described Chinmark as an “illegal operator”.

“The Commission hereby notifies the investing public that neither FinAfrica Investment Limited nor Chimark Group is registered by the SEC and the Investment Scheme promoted by these entities are also not authorized by the SEC.

“In view of the above, the general public is hereby warned that any person dealing with the within named Company in any capital market-related business is doing so at his/her own risk,” the statement partly read.

Nigeria is number one importer in Africa, says WTO