Home News IGP to policemen: You have automatic tickets to heaven 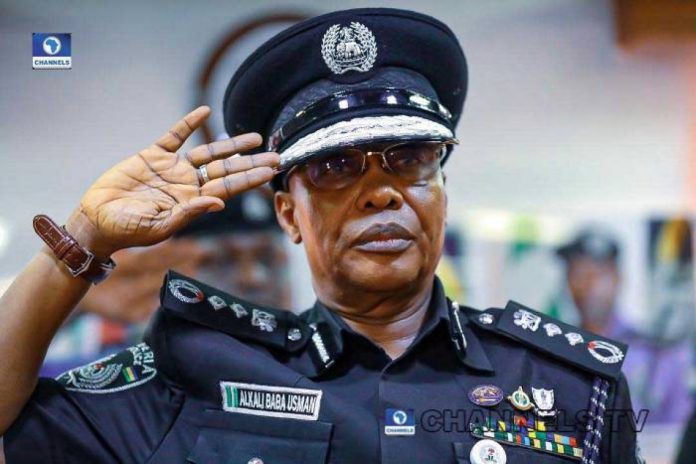 Usman Alkall Baba, Nigeria’s Inspector-general of police (IGP) on Wednesday appealed to police personnel not to embark on planned nationwide strike, noting that as officers, they are peacemakers with automatic tickets to heaven.

The IGP made the appeal while speaking to officers of the Zone 2 command, comprising Lagos and Ogun State Commands, while on a tour of the South West zone.

Represent by deputy inspector-general of police in charge of South West zone, Mr. Johnson Kokumo, Baba said he has done enough about the issues being raised by officers and men adding that the planned strike was not necessary.

He said aside from what the police management and the Federal Government had done for the police, the members of the public have also done so many things for the police and do not deserve disappointment from the force.

“I bring good tidings from the Inspector- General of Police who has advised us to eschew all forms of unethical practices and that there should be total conformity to the rule of our engagement. We should be professional in all our dealings as we have rules and regulations guarding us. Let me remind you that strike is prohibited in the force and its consequences are high,” he said.

“You should remember the slogan that the police are your friend, so, if you engage in the abuse of the public whose taxes are used to pay your salaries, you should know that they are watching our backs. If we do good the public will commend you. If we do bad, the public will also condemn us .

“You should know that the Bible has given us an automatic ticket to heaven ,because it said that the blessed are the peace makers as they will see the kingdom of God. We are peace makers and God recognises us and peace makers. You should not disappoint the people we are assigned to protect. In that case, you should not go on strike and I believe you know the consequences of going on strike.”

Enumerating what the police have done for the personnel, he said the president has increased ,”Our salary and emoluments and the actualisation is undergoing processes, so, it is not automatic, it has to go through ministerial process. The President has given the order and no one can counter the order, the government has also given us tax relief, so our salaries are not tax.