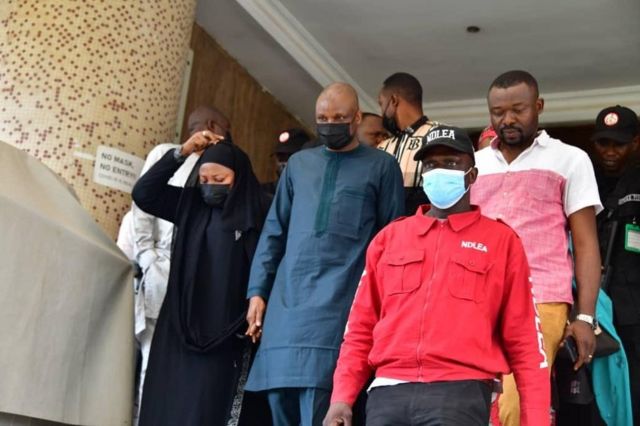 A federal high court in Abuja has refused to grant bail to Abba Kyari, suspended deputy commissioner of police (DCP).

Kyari was on March 7, arraigned alongside Sunday J Ubia, Bawa James, Simon Agirigba and John Nuhu who are members of the police Intelligence Response Team (IRT).

In the charge marked FHC/ABJ/57/2022, the agency accused the defendants of conspiracy, obstruction and dealing in cocaine worth 17.55 kilograms.

Upon arraignment, Kyari and four other defendants pleaded not guilty.

However, the sixth and seventh defendants pleaded guilty and begged the court to “have mercy”.

Counsel to the third and fifth defendants also prayed for bail on lenient terms.

But Joseph Sunday, prosecution counsel, opposed the bail applications. He said all the conditions for which the defendants should not be granted bail are inherent in the case.

Emeka Nwite, the trial judge, agreed with the prosecution that the defendants are likely to interfere and undermine the trial.

Consequently, he refused the bail application and ordered an accelerated trial.