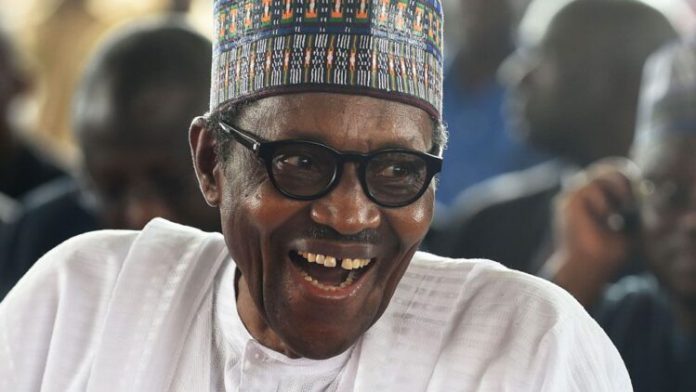 Aminu Bello Masari, governor of Katsina State, has claimed that President Muhammadu Buhari is the best president Nigeria has produced since its amalgamation in 1914.

Masari who made the claim on Saturday in Katsina during a rally organised by the beneficiaries of the Federal government’s Social Investment Programme (NSIP) in the state, noted that President Buhari has led a significant foundation that if properly utilised by the next administration, will assist in removing many Nigerians from poverty.

According to Masari: “since the amalgamation of Nigeria in 1914, the country has never had a better government and President like Muhammad Buhari.”

The rally was reportedly organised under the leadership of the Social Protection and Good Family Value Initiative (SPGFVI) and was aimed at calling on the Federal government and the national assembly to enact a law that would make the programme a permanent one.

Speaking on the programme, the governor said, “Therefore, with this initiative which no administration has ever thought of, the President needs more commendation and support to achieve the purpose of the programme.

“I wish to inform you that I am totally in support of this call for the president to make it law before the end of his tenure. By doing such, it will continue to reduce the challenges Nigerians are facing.

“It is unfortunate for someone to wake up in the morning, thinking of what to eat, how to go to the hospital or take their children to school, but this programme has reduced such difficulties for people.

“And if a law is enacted and it becomes permanent, no government will come and stop it, and Nigerians will continue to enjoy the programme and it will continue to reduce unemployment,” he said.

Gov. Masari, according to Vanguard, assured the beneficiaries of the programme that their message will get to President Buhari and the national assembly.

He further called on the beneficiaries to also write to their representatives at the national assembly on their demand, so that they can pursue the issue at their levels.

Earlier in his remarks, the state’s Coordinator of the SPGFVI, Mr Mustapha Bara’u, said their main objective is to ensure the wellbeing of Nigerians, especially the youths, elderly, physically challenged people, and women and pupils.

According to him, that is why they developed an interest in the NSIP programme because it is directly related to one of their major objectives.

He explained that the rally was earlier held at the ward levels across the state, where their commendation letters were presented to the District heads for further transmission to the President.