Home Business FY’21: Depositors worried over safety of their funds in Sterling Bank 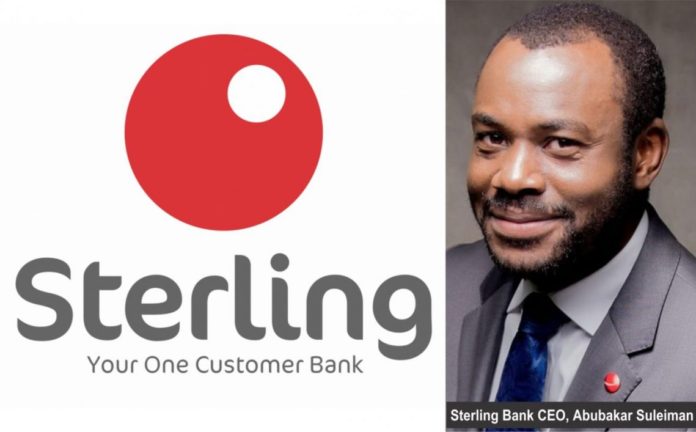 Depositors are worried sick about the increased rate of alleged fraudulent activities in Sterling Bank Plc, in the year 2021, as well as its porous internal control.

They are seriously concerned about the safety of their funds with the bank with the nefarious activities being perpetuated in the bank.

A review of the bank’s financial statement for 2021, showed that perpetuators of fraud and forgeries in the bank only increased the number of their activities by one to 74 cases and the value of their nefarious deeds by a whopping 1614% to N3.35 billion in 2021 from N195.34 million in the prior year.

In the bank’s report to the Central Bank of Nigeria, the actual/expected loss was put at N1.60 billion against N123.81 million it reported in 2020, indicating a 1194% loss during this period.

The frauds and forgeries were carried out on the N142.32 billion which was higher than the N135.83 billion it earned in the previous year by 4.77%.

Meanwhile, total expenses climbed by 9.93% to N72.83 billion, underpinned on other operating expenses that were up 15.26%, general and administrative expenses which went up by 18.39% and personnel costs that rose 0.51% during the period under review.

The bank recorded 24.22% increase in provision for toxic assets to N9.82 billion compared to N7.91 billion it set aside for the same purpose in 2020.

According to TheWitness, total deposit improved by more than a quarter (25.94%) to N1.22 trillion from N972.12 billion in 2020, though other lenders deposited 26.87% lesser money with Sterling Bank during this period.

The value of Sterling Bank investors’ equities dipped from N1.53 on January 4 to N1.51 at the close of business at the end of the first quarter of this year. Even worse, their investment in the bank shrunk by 15.52% in the last one year.

Nevertheless, the bank’s investors will enjoy a dividend of 5 kobo per share for 2021 despite their capital depreciation during the same period.

Access Bank promotes 800 employees as it transitions to Holdco structure