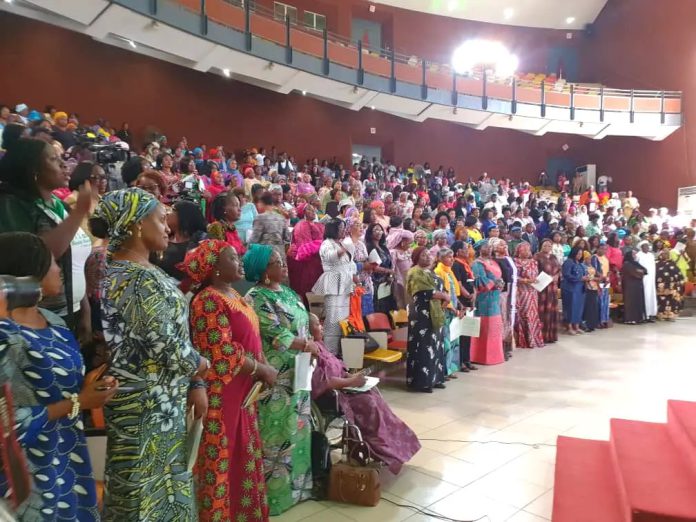 Sequel to the declaration of Vice President Yemi Osinbajo to run for the highest office in the land, one of his major support base has given hope of a new Nigeria while thanking the VP for being courageous to step into the ring, in the overall interest of all Nigerians.

The S.M.A.R.T Women for PYO, which had been leading the vanguard of calls on the VP to declare his presidential ambition, said the declaration is a welcome development and has put paid to months of speculations about the readiness of the number-two citizen to lead the nation.

Explaining that the speech delivered by the erudite professor of law is that of hope, the group congratulated Nigerians in advance of a national rebirth, saying that Osinbajo’s words have actually lifted the spirit of the downcast.

The women also called on the leadership and members of the APC to ensure that the declaration is not in vain, by doing all it takes to have Osinbajo as the party’s flag-bearer.

In a statement issued by its coordinators, Bunmi Oke and Folake Aina, the women advised all intending delegates to next month’s APC presidential primary, to put the country first and vote-in someone that is already in the saddle, rather than gambling with new comers.

“Now that the man Nigerians are waiting for has declared his intention to vie for the office, we believe that 50 percent of the hurdle had been scaled.

“We have listened or read his speech, it is obvious that Professor Osinbajo has not only rekindled hope of many who had lost faith in the country, the VP has shown Nigerians what to expect if he eventually mounts the saddle.

“We are at a stage where we cannot afford to toy with our destiny by experimenting with governance at the highest level. We already have Osinbajo, who has garnered more than enough experience to put him at the top echelon. We can’t afford to make mistakes that will cost the nation gravely.

“This is the time to show our patriotism and love for our dear country, we therefore call on all delegates to the APC presidential primary to please eschew favouritism and look at the issues dispassionately.

“No doubt, Osinbajo is the best man for the job. He has been there for seven years, he has seen it all, he now needs our support to continue the good work he started with President Muhammadu Buhari in 2015.