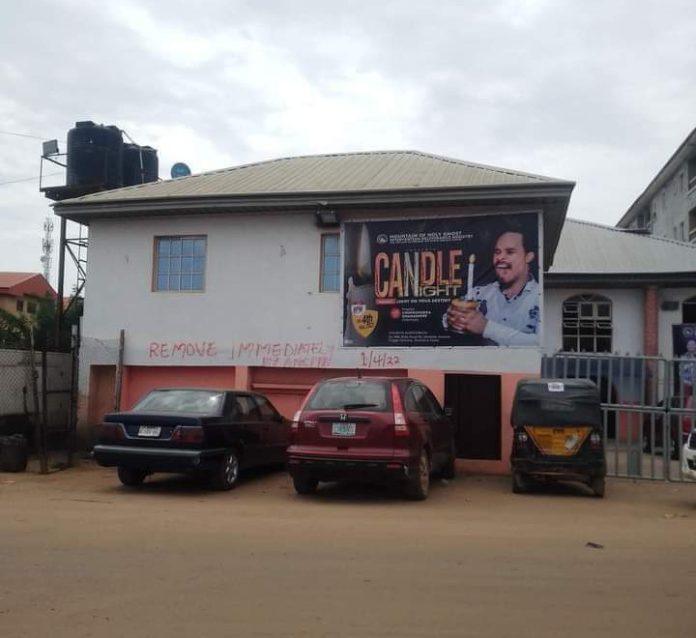 The government of Anambra State has reportedly marked the church of controversial prophet, Chukwuemeka Ohanemere, alias Odumeje, for demolition.

The state government marked the church structure as an illegal structure, and asked that it be removed.

Odumeje, known for his acrobatic performances during church service, is a widely known cleric based in the Anambra commercial capital.

Though he is adored by his followers, many see his manner of preaching as unconventional and even controversial.

It remains unclear whether the government would carry out the demolition order.