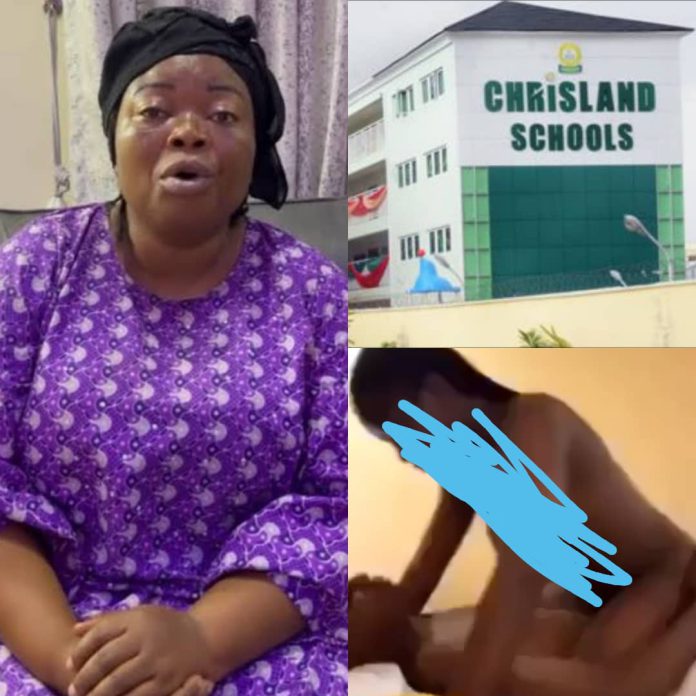 The Lagos police have commenced an investigation into a sex tape scandal involving pupils of the Chrisland School.

A woman had earlier claimed that her 10-year-old daughter was raped during a trip to Dubai which was organised by the Lagos school.

Pupils from the private school located in Victoria Garden City were in the UAE to participate in the World School Games between March 10 and 13, 2022.

But in the now-viral video, the pupil’s mother claimed that graphic footage of the incident has been distributed on social media platforms.

In a statement signed by Benjamin Hundeyin, the spokesperson of the Lagos police, the force said it has begun a probe on the matter.

It also said efforts are being made, with the support of Interpol if need be, to ascertain the facts of the case.

“The attention of the Lagos state police command has been drawn to an alleged rape video purportedly depicting students of Chrisland School Lagos, going viral on social media,” the statement read.

…the alleged threat to life against a student of the school and circumstances surrounding the alleged repeated pregnancy tests conducted on a student without parental consent.

“The Command is equally taking cognizance of the cybercrime angle to the whole episode and would not hesitate to enlist the support of the Interpol should the need arise.

“For a holistic and unbiased investigation, the Command shall be working with relevant ministries, departments, agencies, and non-governmental organizations.

“Meanwhile, the Lagos State Commissioner of Police, CP Abiodun Alabi has assured that due diligence will be observed to ensure that there is no miscarriage of justice.”

The Lagos government had also announced a shutdown of Chrisland School pending further investigation of the matter.

A double win by P+ Measurement Services at The Industry Award

Experts call for employments of mentors in public, private schools