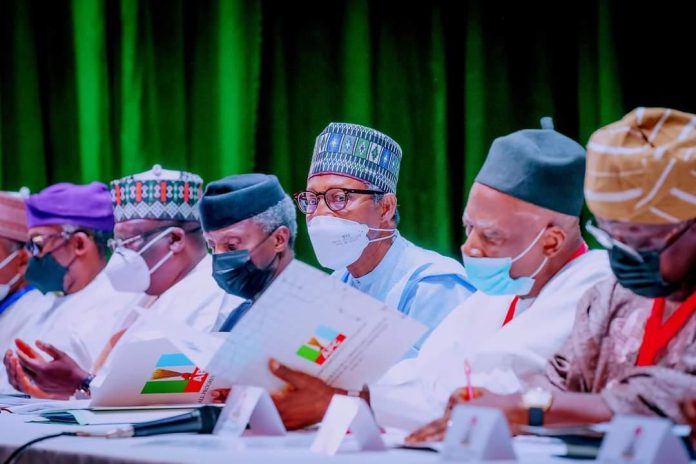 The National Working Committee of the All Progressives Congress (APC), on Wednesday, approved the total amounts to be paid by intending aspirants for both expression of interest and nomination forms ahead of the 2023 general elections.

According to the amount approved at the party’s 11th National Executive Council (NEC) meeting in Abuja on Wednesday, those intending to contest for president will pay N100 million each, while intending governorship aspirants will part with N50 million.

On the other hand, senate aspirants are to pay N20 million each for forms, house of representatives aspirants N10 million and state assembly N2 million.

The costs are listed below:

Meanwhile, the party at the meeting also released its primary election timetable for various public offices ahead of the elections.

According to the schedule, a notice of election to state chapters would commence on April 22.

The party said the sale of forms for the various public offices will begin from April 23 to May 6.

According to the party, congress to elect state and national delegates would be held between May 7 and 9.

It also said aspirants for the state house of assembly and governorship will be screened on May 12.

The party said it will screen aspirants for positions of state house of assembly and governorship on May 14; house of representatives and senate on May 17; and presidential aspirants on May 23.

The primaries for governorship, state house of assembly, house of representatives, and senate will be held on May 18, 20, 22, and 24 respectively.

Appeals arising from the conduct of the primary polls on May 20, 22, 24 and 26 for governorship, state house of assembly, house of representatives, and senate respectively.

No date has been fixed for the presidential primary election.