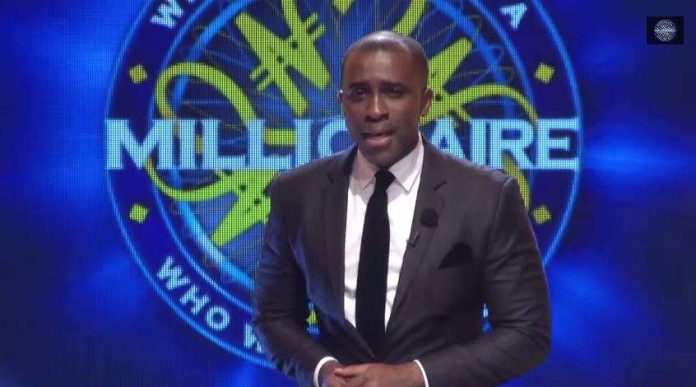 Nigerian television presenter, Frank Edoho, says organisers of ‘Who Wants To Be A Millionaire (WWTBAM)’ held 76 auditions before he was eventually selected to anchor the reboot of the game show.

The TV anchor spoke in Lagos on Monday at the intellectual property symposium organised by the US Mission in Nigeria.

He left the show following a breakdown in a contract negotiation that would have seen him rise to the position of executive producer of the show.

After almost five years since both parties went their separate ways, organisers of the game show recently announced that Edoho will rehash his role as the anchor of the rebooted programme.

Speaking on his return to the game show, Edoho said a Twitter poll prompted the organisers to make a U-turn back to him after 76 auditions.

“When ‘Who Wants To Be A Millionaire’ came back, they did 76 auditions for new people. After the 76th audition, it just so happened that one day, one guy on Twitter just did a poll on ‘who is the king of suspense on TV?’ and he listed four of us,” he said.

“And everyone replied that Frank is the undisputed king of suspense. I didn’t do anything but I just saw my name trending.

“It was at that point they did the 76th audition and they saw that thing trending. Then, they left the 76 people and started calling me.”

Diane Russet to matchmakers: ‘I am single but…’