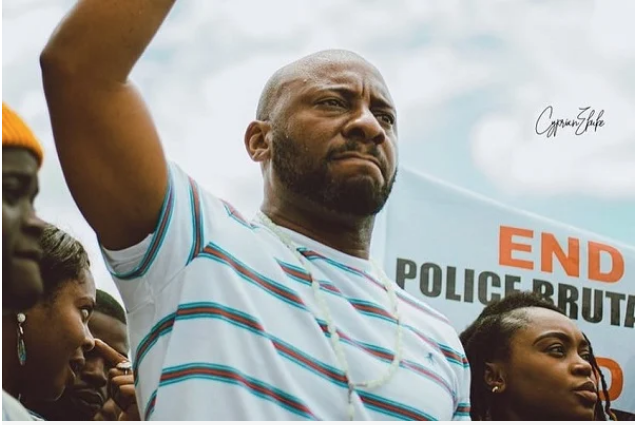 The film star has been on the receiving end of heated criticism after he was accused of cheating on his wife.

Edochie had announced the arrival of his child with a second wife, much to the chagrin of his first.

The development has continued to stir discussions on social media, with many Nigerians expressing mixed views.

Reacting to the backlash, Edochie took to Instagram on Saturday and asked the public to use the energy for good.

The actor begged Nigerians to support his 2023 presidential ambition and purchase him a form to that effect.

“Did you see what we did on Wednesday? We shook the world and still shaking it. The energy you all are applying knows no tribe, no religion, no gender,” the actor wrote in the caption of his APGA-branded campaign e-flier.

“With this energy, we can take back our country and fix it. I cannot do it alone. I need you, we need you. Nigeria needs you.

“My dear Nigerians, please, I appeal to you, buy me presidential form let’s win this election.”

The presidential interest and nomination forms for the All Progressive Grand Alliance (APGA) costs N25 million.

In 2018, Edochie had declared interest in running for president the following year on APGA’s platform but later abandoned the ambition “after due consultation”.

Prior to this, he had contested the Anambra state governorship election in 2017 under the Democratic Peoples Congress (DPC) but lost after securing only 145 votes.

Yul was appointed the senior special assistant on creative and entertainment media to Willie Obiano, former Anambra governor, in 2018.

The movie star resigned a few months later and defected from APGA to join the Peoples Democratic Party (PDP).

He would redeclare in January 2021 ahead of the 2023 election, obtaining his father’s endorsement.

Obaseki to Wike: You can’t bully anybody, PDP not your property