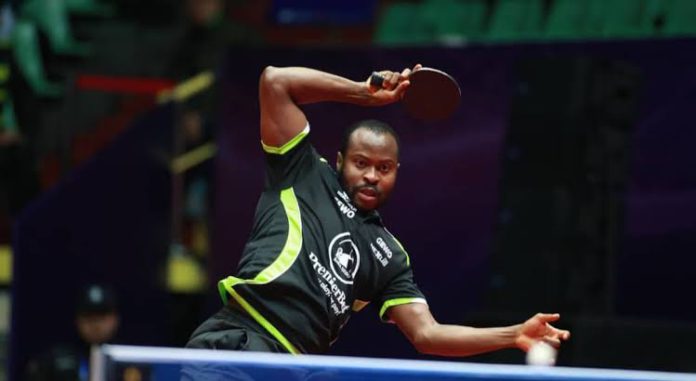 Aruna Quadri becomes the first African and black player to be ranked in the top 10 according to ‘ITTF 2022 Table Tennis World ranking released on Tuesday.

After having a tournament to forget in Houston Texas, Quadri was the star in Doha as he reached the quarterfinal in the WTT where he lost 3-1 to Lin Yun-Ju.

Aruna broke into the limelight in 2014 as he was ranked 30th in the world, he moved up to 25th in 2016 and was part of Nigeria team that won bronze medal in Commonwealth games in 2014.

Another Nigerian player, Bode Abiodun, gained 34 steps up to climb to 97th in the world.