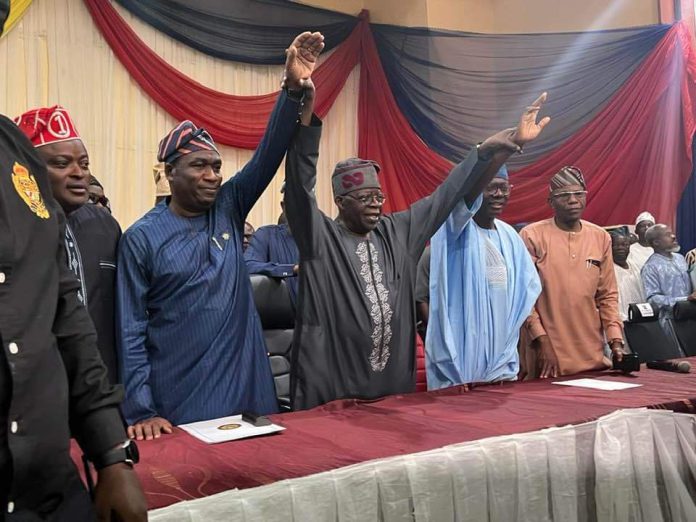 Tinubu, presidential hopeful of the All Progressives Congress (APC), has endorsed Babajide Sanwo-Olu, governor of Lagos state, for a second term in office.

On Friday, the former Lagos governor and other members of the state chapter of the ruling party expressed their support for the governor and Obafemi Hamzat, his deputy, to continue for another four years.

Last month, the Governor’s Advisory Council (GAC), the highest decision-making body of the APC in Lagos, endorsed the reelection bid of Sanwo-Olu.

But the endorsement was soon opposed by the Muslim Rights Concern (MURIC), noting that it violates the principle of rotational governance between Christians and Muslims in the state.

See below a video of the moment Tinubu expressed his support for Sanwo-Olu and Hamzat.