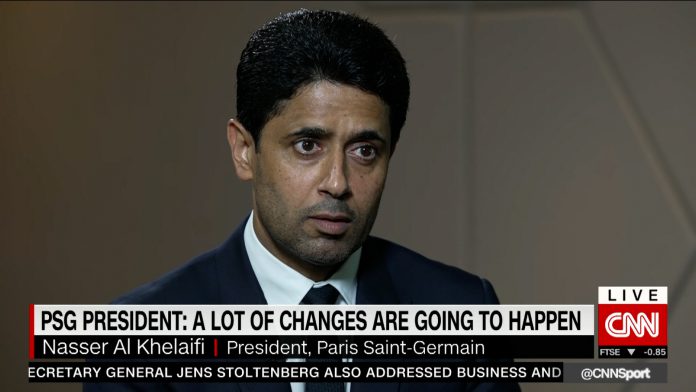 In an interview with CNN’s Amanda Davies, Paris Saint-Germain President Nasser Al-Khelaifi has promised “a lot of changes” in order to “create a new era” at the club.

“For sure there are a lot of changes that are going to happen,” Al-Khelaifi told CNN in Paris. “We’re going to announce it probably [at the] end of the week.”

Al-Khelaifi’s comments come on the heels of striker Kylian Mbappé signing a three-year contract extension with PSG following a months-long transfer saga in which he had been linked to Real Madrid.

When pressed on whether there will be a new manager in charge in the dugout, Al-Khelaifi replied: “We want to create a new era of Paris Saint-Germain; a new project, fresh air. I think it’s really important that everybody gets motivated again.

“The loss in the Champions League was not easy, which I take responsibility [for],” added Al-Khelaifi, referring to the quarterfinal defeat by Real Madrid, despite PSG dominating both legs of the tie.

“I’m the president and I’m responsible, but anything can happen and anything will happen in the future. I’m not blaming anyone, whoever will stay or will leave, I’m one of the first one responsible with anything, the results.

“So I’m not blaming anyone and this is really important for me, but in the end, you know, we have choices to do. We have decisions to take.

Live on StarTimes: Hope hangs in the balance as Nigeria face...