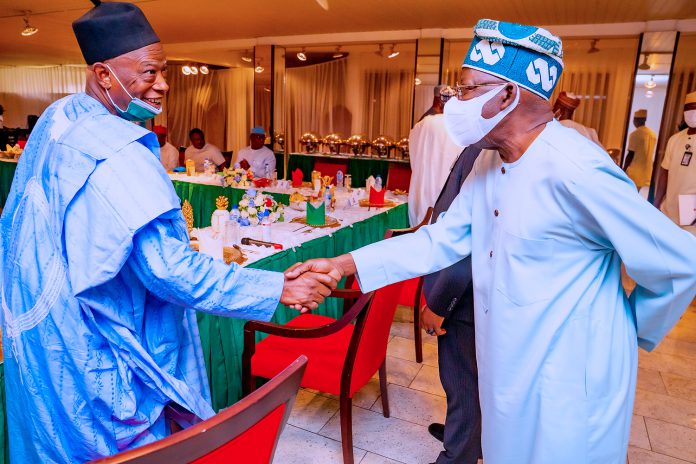 Senator Abdullahi Adamu, the national chairman of the All Progressives Congress (APC), has again tackled the National Leader of the party, Asiwaju Bola Ahmed Tinubu, over his speech on Thursday in Abeokuta, the Ogun State capital, seen as attacking President Muhammadu Buhari.

Adamu, in an interview with BBC Hausa Service, insisted that the former Lagos State Governor must be punished.

Tinubu had in his speech to leaders and members of the APC in Ogun State as part of his presidential campaign, said but for him and God, Buhari, Vice President Yemi Osinbajo and Governor Dapo Abiodun would not have been in office.

Adamu had in an immediate reaction said Tinubu would be sanctioned.

He reconfirmed this position to the BBC Hausa Service when he said: “An ethical person won’t do what he did.

“Even someone who’s drunk won’t do this unless he intended it.

“We won’t let it go unpunished….

“It is the height of lack of etiquette.

“We must teach him a lesson.

“If this damages his ambition, he should have himself to blame….”

Abdulrazaq: Lai can’t win election in his ward in Kwara