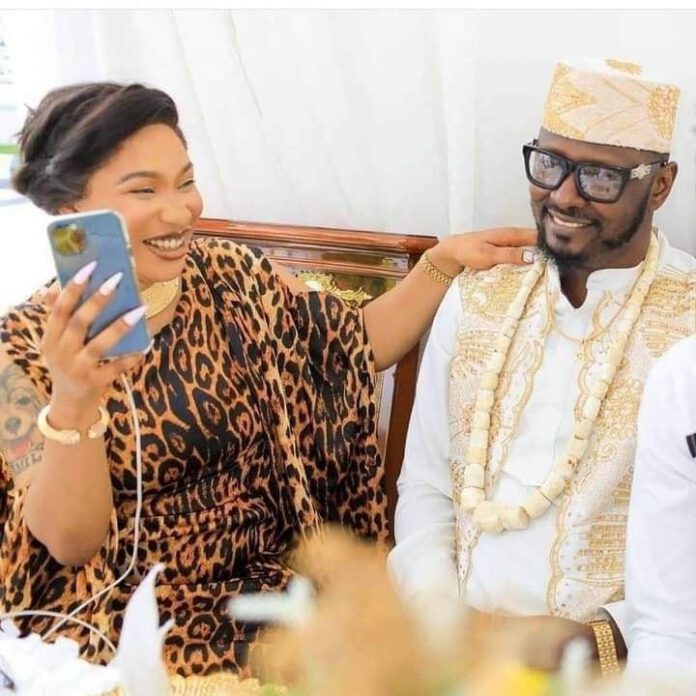 Tonto Dikeh has urged her fans not to let what she described as her “miserable and failed love story” deter them.

The Nollywood actress penned a short note via her Instagram handle on Sunday.

She said the poor choices of others shouldn’t influence one’s own beliefs.

Dikeh further urged her over seven million fans not to give up on love.

“Don’t let my miserable failed love story or the failure of others’ love stories deter you from believing you can’t make it. Don’t let others’ poor choices determine your life/beliefs,” she wrote.

“That we fail doesn’t mean we are failures. We learn from each mistake and we keep on the fire.

“There are millions of beautiful love stories out there.

“It’s just that misery loves company hence you see only bad news in the world today!

“Love is a beautiful thing. Love is so sweet. And it’s truly a gift to one another.

Tonto Dikeh has had a particularly tumultuous experience with relationships.

In 2015, she got married to Olakunle Churchill, a businessman with whom she had a son.

They would later part ways in a development that degenerated into a well-publicised feud.

In 2021, her relationship with Joseph Egbri, her one-time partner, also ended in a protracted social media row.