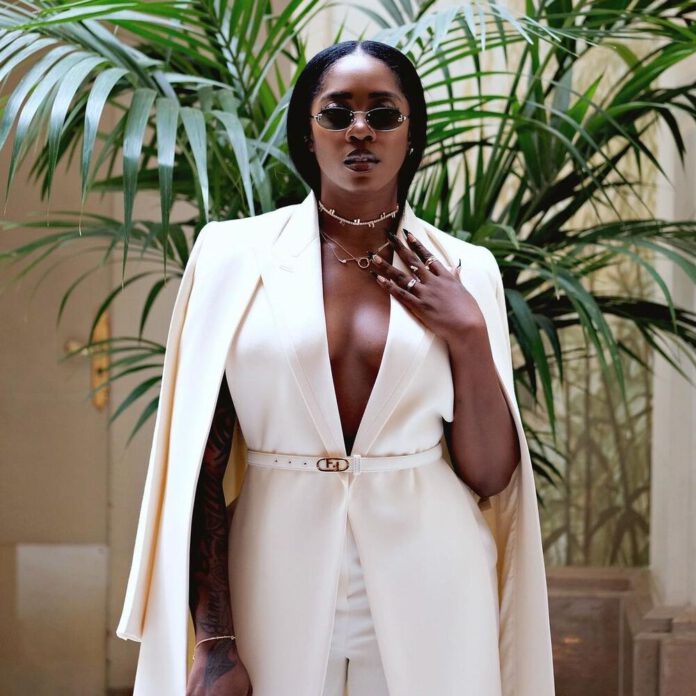 Tiwa Savage, the Nigerian singer, has recounted her struggles as a child after moving to the United Kingdom as well as at the University of Kent.

On Friday, the ‘Koroba’ crooner was awarded an honourary doctorate degree in music by the UK-based varsity.

In a video shared by Bankulli Osha, Tiwa could be seen dressed in academic robes as she delivers her acceptance speech.

In the moving speech, the award-winning musician talked about the ordeals she faced as an immigrant in the UK.

Tiwa disclosed that she endured bullying in school and ran away from home on a few occasions.

She also said she failed a course at the varsity during her final year at the institution.

“I failed at a lot of things actually, I was bullied at school severely when I moved to the UK, I ran away from home a few times, I was suspended a few times from school,” she said.

“I also failed Principles of Finance at this very university when I was graduating.”

The singer also spoke about how she was “ridiculed a couple of times” across the globe.

“I’ve been globally ridiculed a couple of times, I’m not going to say what it is but it rhymes with ‘cape’, the irony,” she added.

Tiwa said despite all the struggles, she succeeded in becoming a “leading figure” in Afrobeats and has been recognised internationally.

“But this same girl went on to become a leading figure in the global phenomenon called Afrobeats. And some call me queen but it’s Doctor Savage from now on,” she added.

Tiwa completed her first degree in Accounting at Kent varsity and later enrolled at Berklee College of Music where she graduated with a degree in professional music in 2007.