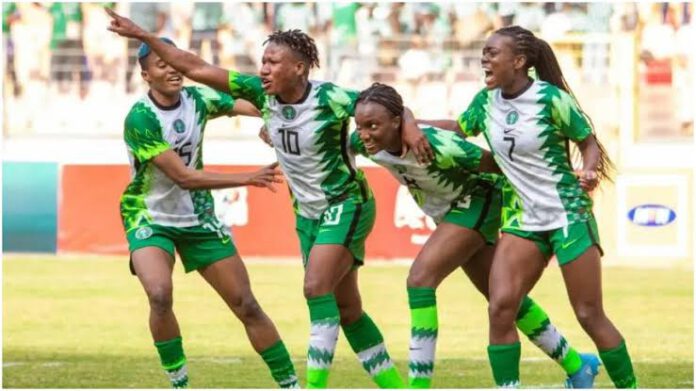 The Super Falcons will battle host country Morocco in the semi-finals of the Women Africa Cup of Nations on Monday at 9pm live and in HD on StarTimes’ World Football channel.

Before then, Zambia will meet South Africa at 6 pm.

This is even as StarTimes recently added, W-Sport channel dedicated to Women’s Sport. W-Sport offers up to 7 live football games a week from the best leagues in the world.

This July, W-Sport channel is airing live matches of Women’s Euro 2022 and Women’s Copa America. Other women’s sports on the channel include motorsports, basketball, volleyball and cycling, among others. The channel is currently available to dish users (DTH) on StarTimes.

Meanwhile, the Super Falcons coach Randy Waldrum has revealed that his target is to win the 2022 Women’s Africa Cup of Nations.

Nigeria continued their push for another continental title with a hard-fought 1-0 victory against Cameroon. The Super Falcons started the tournament on the wrong foot, losing their opening match to South Africa.

However, they have picked themselves up since that defeat, securing emphatic wins against Botswana and Burundi.

The Super Falcons continued with their brilliance in the quarterfinals, beating one of the tournament favorites Cameroon.

Rasheedat Ajibade’s perfect-placed header which sailed into the goalposts ensured a semifinal spot at the WAFCON and a World Cup berth for Nigeria.

One month countdown: New Football Season set to kick-off on DStv and GOtv

Here’s what you should know about Tottenham Vs Arsenal North London...