In the latest episode of African Voices Changemakers, CNN’s Arit Okpo meets Ayo Animashaun, a Nigerian entertainment entrepreneur who has created a platform to celebrate and elevate Afrobeat artists around the world.

He is the founder of “The Headies”, one of Nigeria’s biggest music award shows.

Ayo grew up listening to music and was inspired by his father who was a music-lover and dancer. He began his career with the launch of Hip Hop World Magazine, but after the first and second year, he realised that something was missing. He explains, “We have to promote our own guys. We were never on the cover of these magazines. So I was like, you know what? Put us on the cover.” ‘Leaders of the New School’ was a cover of Hip Hop World Magazine which highlighted the new generation of African artists and the emergence of Afrobeat. “We had a big poster of our own artists in the magazine. And that was the first time you could really cut and paste African artists on your wall,” he says.

As Afrobeats started gaining popularity, Ayo organised the first Hip Hop World Awards, which eventually turned into The Headies. Nigeria already had award shows, but Ayo believes that there is a general misunderstanding of how to categorize certain songs. “I told my people when I go back to Nigeria, that if we had to succeed with what we do, it has to be true to us. We can borrow technicalities, like lights, camera angles, but we can’t borrow our culture. It has to represent our own music, our own categories, and the way we want to express ourselves to the world. So, we decided to celebrate artists. And after the first awards, it was like, boom,” he tells CNN.

Ayo and his team have travelled halfway around the world to debut The Headies in the United States. After fourteen successful years in the West African nation, Ayo believes it is time to push the boundaries even further: “The awards show is as big as it gets where we are from. We want the world to see it. Atlanta is the black entertainment capital of the world, you know? We want a different space where these guys can breathe, and we want a mixed audience.”

The Nigerian singer, Fireboy DML, explains the significance of the Atlanta award show: “It’s groundbreaking stuff to have this award show here in Atlanta, United States and it’s refreshing to see that we are here, Nigerians, Africans, everybody together. It’s amazing to see.” Recording artist LADIPOE shares this sentiment: “I think for me it’s just capping off the idea that our music is proliferating around the world.”

Ayo later reflects on the success of the awards show in Atlanta, but before travelling back home he wanted to meet with local students: “You can’t come to Atlanta for and bring the Headies to Atlanta and not visit Morehouse. I needed them to experience this.” One student, James McGee II, says, “Having these African artists and Nigerian artists come and expose us to our extended culture is really an amazing opportunity. Representation matters.” 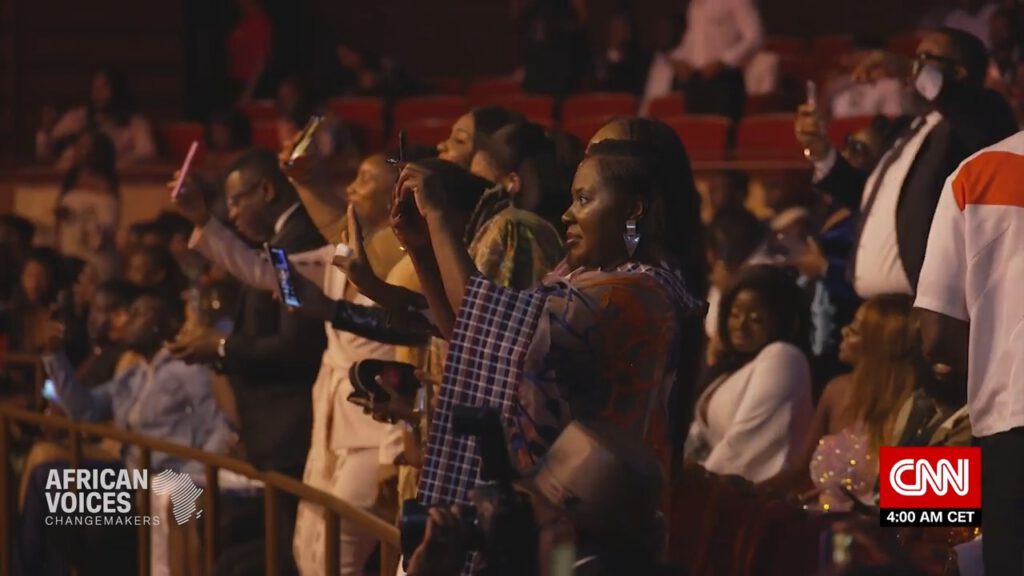 Ayo wants to continue to empower African artists around the world, “You can come from nowhere and be a global superstar with your music, and we want people to see that more.” He hopes to bring another award show to Atlanta next year – “for the world to be able to see how talented Afrobeat artists are, and for them to see beyond the names that they already know.”

The show also meets the singer Mr. Leo, also known as Lion of Africa, who is using music to promote social change in Cameroon.

MultiChoice announces call for applications for the 2022 MTF Academy