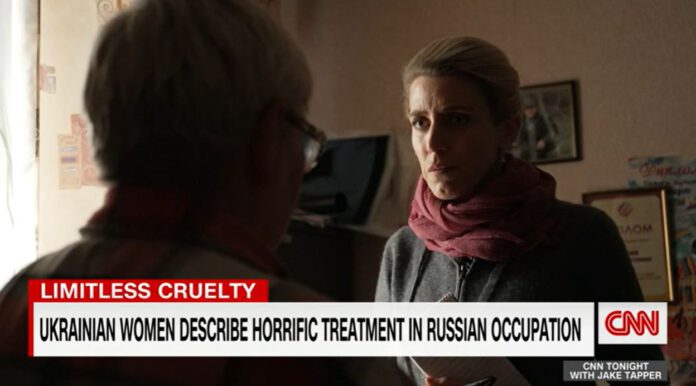 In Ukrainian towns once occupied by Russian forces, the damage and devastation left behind by war is unmistakable.

In these newly liberated villages, investigators are now looking for evidence of a hidden crime: sexual assault by Russian troops.

CNN Chief International Correspondent Clarissa Ward joins a specialist Ukrainian unit dedicated to looking for evidence of war crimes – specifically rape and other acts of sexual violence – at the hands of Russian soldiers.

Day after day, in town after town, a police officer and prosecutor go door to door in Ukraine’s Kherson region.

Treading muddy streets, past homes damaged by artillery strikes, they look for those left behind. The two men form a specialist unit that’s traveled from the capital, Kyiv.

Until early October, this area of the country was occupied by Russian troops. Burnt-out cars litter the fields. The letter ‘Z’ – a symbol used by Russian forces – marks the walls.

The scars of war run deep here. Russia has used sexual violence as a “weapon of war” – a deliberate “military strategy” – in its conquest of Ukraine, United Nations investigators have said. They have even relayed allegations of Russian soldiers carrying Viagra.

In two weeks of work in the Kherson region, the team from Kyiv has documented six allegations of sexual assault. The real number is almost certainly much higher, they say.

Tatiana, age 56, says she is one of the victims. CNN is withholding her last name and that of her village to protect her identity.

Walking over broken glass, she shows Ward into her brother’s house, where she says two Russian soldiers forced their way through her door on August 26.

“They walked around those rooms,” she says. “One stayed there, and the other one, who raped me, came in here. He came in, walked a little bit around the room and here in this place, he started groping me.”

Russian authorities have denied accusations of war crimes in Ukraine.

Behind the scenes as Liz Truss resigns as UK Prime Minister