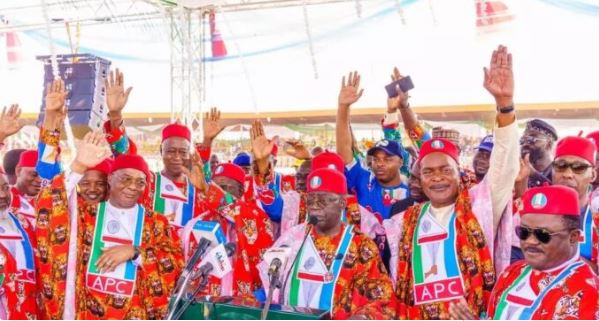 Bola Tinubu, standard bearer of the All Progressives Congress (APC), says if elected president, he will negotiate with agitators in the south-east to end violence in the geo-political zone.

Tinubu spoke on Thursday at the APC presidential campaign rally in Abakaliki, the Ebonyi capital.

Groups like the proscribed Indigenous People of Biafra (IPOB) have been agitating to secede from Nigeria over alleged marginalisation.

The presidential candidate said no agitator can get their wishes through conflict but by peaceful negotiations.

“We want peace. I will talk to all agitators. You cannot get your wishes by conflict but by sitting round the table to complain,” he said.

The former governor of Lagos also said education is the greatest weapon against poverty, adding that his administration would take steps to reform the sector.

“Education is the greatest weapon against poverty. We are going to get our children’s education. We will reform the education sector,” he said.

Tinubu added that he would provided visionary leadership and “the crusade for development, progress and prosperity”.