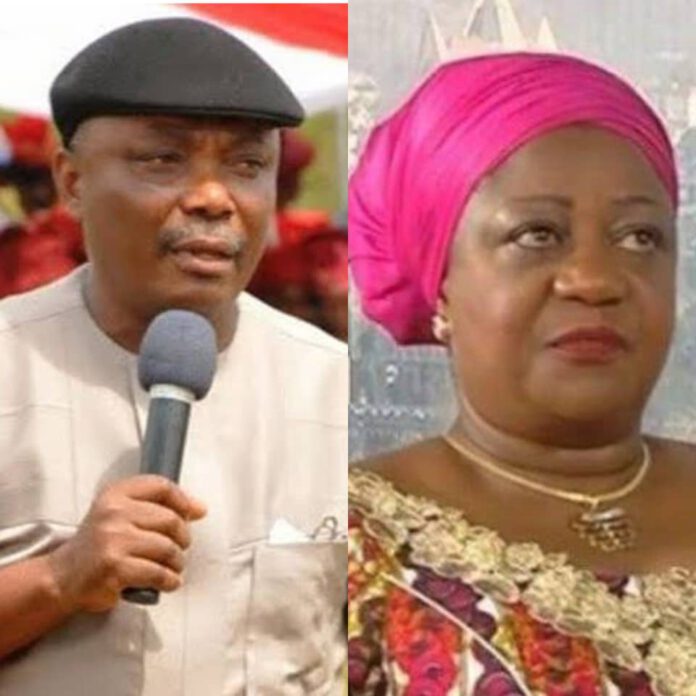 Peter Nwaoboshi, chairman of the senate committee on Niger Delta Development Commission (NDDC), had in June 2020, filed a N1 billion suit against Onochie, accusing her of making defamatory posts on her social media pages on June 8.

According to him, her comments online suggested that he is a “thief, corrupt and criminal”.

Apart from N1 billion damages, the senator is asking the court for “an order of perpetual injunction restraining the defendant, her agents, servants, privies and any other person howsoever described, acting for and on her behalf, from further publishing/posting any other false and damaging publication in respect of the claimant”.

Nwaoboshi, who recently defected to the All Progressives Congress (APC), is also seeking an order “directing the defendant to publicly apologise to the claimant for the said false and misleading publication/post of June 8th, 2020 and any other publication/post on her other social media platforms against the claimant”.

When the case was called on Monday, Onochie was nowhere in sight, neither did she have a legal representative.

A.A. Agbogede, claimant counsel, said all court processes have been served on the defendant via publication in a national newspaper, as ordered by the court on November 12, 2020.

Responding, Yusuf Halilu, presiding judge, said once service has been effected, the defendant can choose whether or not to come before the court.

Halilu then fixed October 18 for definite hearing of the matter.