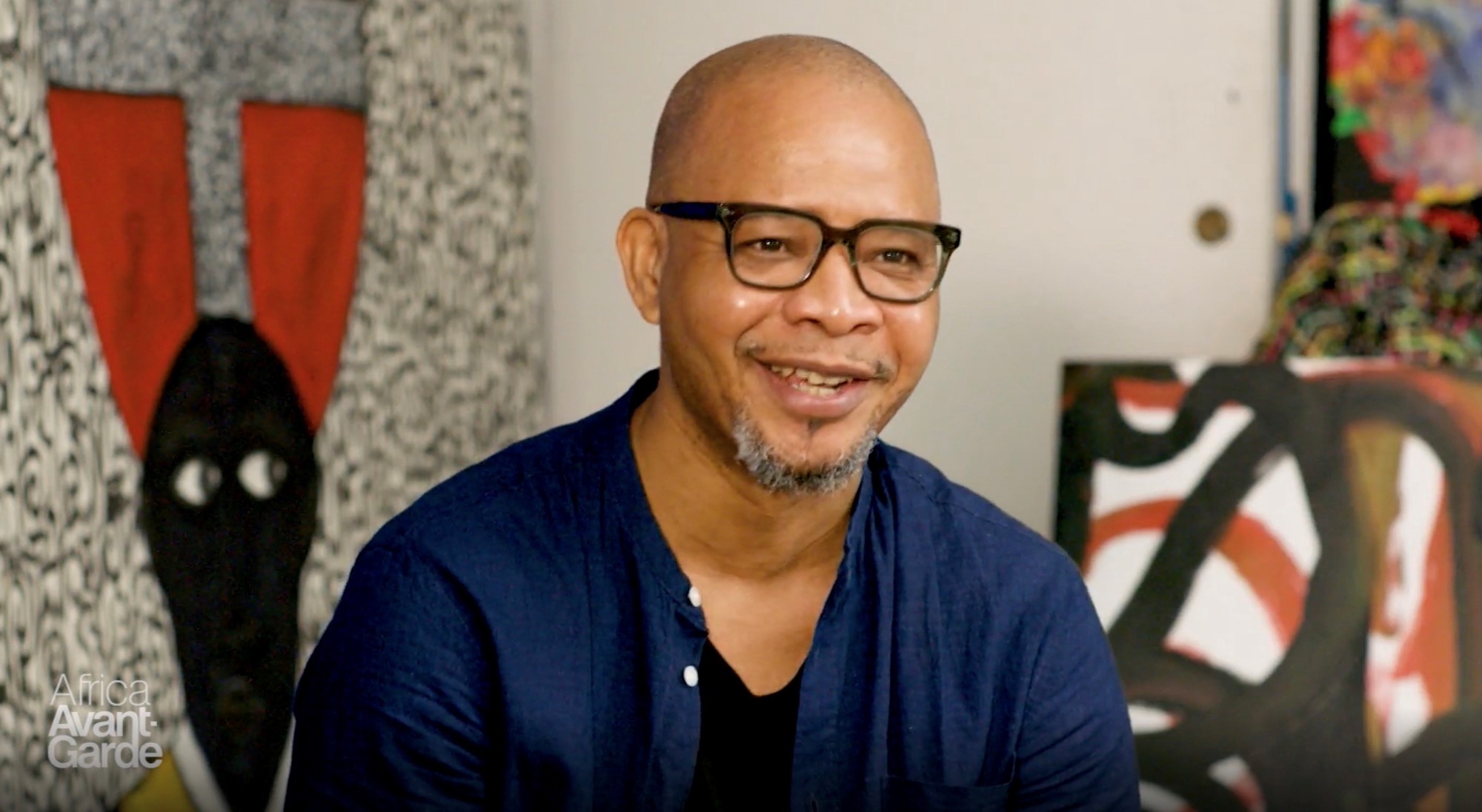 In the latest episode of Africa Avant-Garde, CNN International meets some of the continent’s most experimental contemporary artists.

Victor Ehikhamenor is an artist and writer based in Lagos, Nigeria. His artwork draws inspiration from iconography – the use or study of images and symbols in art. Symbols have been used across West African art for thousands of years.

Ehikhamenor talks about this history, “Women have drawn them on the walls. Men have used them in architecture in the Eastern parts of Nigeria. So, I picked them up from there, from the village as well as in Benin. When you look at the sculptures, the bronze works, those tiny details, those lines are coming from somewhere, and they’re innate in us, you know, so they’re innate in me.”

Ehikhamenor’s work has been exhibited around the world including inside Facebook’s Dubai headquarters. He describes the legacy he wants his work to have, “I really want to be part of building an institution for my country and my continent. I like the fact of giving back to the community. We need to learn to carry each other along. We need to learn to lift each other up in the country. That’s the only way we are to be able to get to wherever we are going. So, that is a sense of urgency for me to be able to create something, a bigger space or be part of building an institution in helping to tell our stories.”

Another creative using iconography to tell stories is Moroccan visual artist Safaa Mazirh. She tells the programme about her work, “I try to go as deep as I can on the research, but I also add my own touch to these symbols, so they become a part of me. This work requires without any doubt a lot of ideas, reflection and focus because you have to be behind the camera and in front of it at the same time.”

Mazirh’s photographic work has featured in exhibitions in Mali, Dakar, and Paris. She speaks about what makes an effective image, “I believe an image or a project series are successful when we look at them and we understand that there is a story and a message behind them. When there is a memory, a reminder, something the photographer wishes to tell through these photos.”

In Cape Town, Africa Avant-Garde meets South African artist Penny Siopis. Siopis creates her artwork using painting, film, and installations. She speaks about her unusual methods, “Primarily I’m a painter and even within my painting practice I’ve used very, very diverse media. From oil paint to glue and ink, to collage. And then I work with film, and that’s also not conventional in that I don’t shoot the film myself. I find the film literally in flea markets and charity shops and I buy it and transfer it onto digital, and then I edit, make a new story from all these old films that basically I’ve found.”

Siopis describes how exploring South Africa has influenced her work, “I think people in the world, are very interested in South Africa being a kind of microcosm of social-political experiences across the globe but they often don’t have the sort of sense of the complexity, the psychological complexity of what it might mean to have lived in a society like ours, and still live in a society like ours.”

Finally, Ghanaian visual artist Kojo Marfo talks to the programme about his work and what influences his art, “Usually I describe my work as cultural hybridity. I take symbols from Africa, some may come from Asia, some may come from South America. My work is about social issues. So, I want to bring everyone into the conversation. I want everyone to be in the room, everyone to actually look at it and relate to something in there.”

Marfo has just concluded a summer exhibition at the JD Malat Gallery in London. He discusses the impact of his work, “I may not be able to change millions of people’s minds, but I could actually change a few people to understand that there are good people in this world, and I want to be that kind of guy who will always promote that mindset.”

Contemporary art is a dynamic, inventive medium that is being explored by artists across Africa. Ehikhamenor sums up how contemporary art can represent an artist’s story, “It’s a great feeling to have, that one is able to carry the story of a country, of a continent, to these places and be able to tell your story so that it’s not mistold. Art is one thing that is universal in the way that we react to it. You can either ignore it or embrace it, but you cannot deny seeing it.”

BBNaija ‘Shine Ya Eye’, Olympics and more to watch this week on...