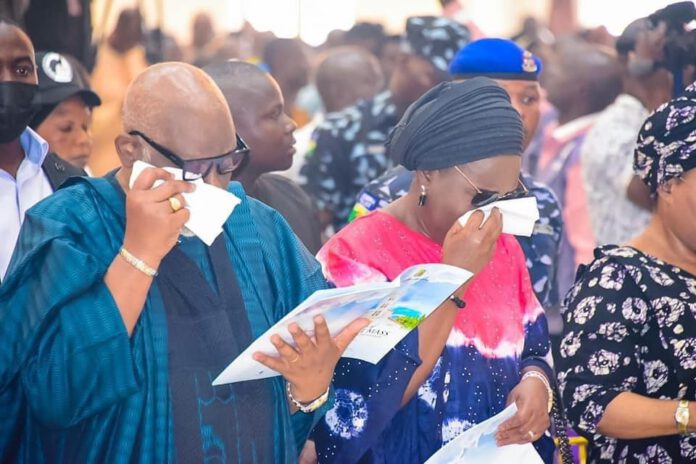 Rotimi Akeredolu, governor of Ondo, has signed an executive order for the compulsory installation of close circuit television (CCTV) cameras in public places in the state.

While signing the order during the weekend, Akeredolu disclosed that move became imperative in the light of the increased spate of insecurity in the country and the need to ensure security of lives and properties in all public and private institutions and centres throughout the state.

The governor maintained that the violators of the order will be prosecuted in accordance with Section 203 of the Criminal Code (Cap. 37) Laws of Ondo State of Nigeria.

In a statement by the governor’s Chief Press Secretary, Richard Olatunde, the executive order would be enforced in all religious places of worship, financial institutions, event centres, supermarkets, and schools.

He also disclosed that hotels, guest House, restaurants, clinics and health centres, eateries, vehicular parks and other places regularly used by the public has been mandated to install the devices in their facilities.

The statement read “Pursuant to Section 176 (2) of the Constitution of the Federal Republic of Nigeria which vests in the Governor of Ondo State the Chief Executive powers of the state, the Governor, Arakunrin Oluwarotimi Akeredolu, SAN, hereby issues the following Executive Orders:

“That the owners, occupiers, managers and operators of public/private institutions within Ondo State shall mandatorily install, use and maintain CCTV devices and other secret cameras to monitor and keep surveillance on the daily activities in their premises and especially monitor the ingress and egress of people/vehicles at the said places, venues and centres.

“The installed CCTV devices apart from capturing all activities at the public/private institutions must also have data storage hardware and data stored therein should be made available to security agencies whenever it is required.

It further read that “the public/private institutions shall employ and maintain well-trained security personnel who shall man the entry and exit points to their various facilities/premises.

“That where necessary, the owners and occupiers of public/private institutions shall erect a well fortified perimeter fence with a security post at the entry and exit points.

“That this Executive Order shall be enforced by all security agencies particularly the Nigeria Police, Nigeria Security and Civil Defence Corps (NSCDC), Ondo State Security Network Agency (Amotekun) and the Department of State Security Services (DSS).”